The heist of the Turtle

We hail the release of an unprecedented series of Seiko Turtle for the USA market – three beautiful sunburst models in aqua, blue, and tobacco, featuring a fun turtle scale decoration on the dial, taking elements form the King Turtle series issued last year.

This is beautiful offering that brings us to relate to one of the most iconic models of Seiko’s house and to discover some coincidences – let’s call them that – that lead us to explore a little better this timepiece and the history of the Japanese house, which we will see cross with another randomly and bizarrely.

There are legions of watch enthusiasts who swear by the timepiece worn by Captain Willard in Apocalypse Now – and indeed, they have an excellent reason: the Seiko Turtle represented one of the best diver’s watches of its time and has become one of the mainstays of the Japanese manufacturer’s diver watch production to this day.

It all goes back to 1965, when Seiko, after launching its first skin diver, the 6217, decided to revamp the model by creating the 6309 in 1976. Compared to its forerunner, the latter had a case with a sleek, elongated shape that followed the then-current design canon, with its fluid, rounded lines inspired by sci-fi. But the bezel had instead become prominent and almost hirsute, and the crown, solidly planted at 4 o’clock, gave the watch a creature-like appearance, which immediately got it nicknamed Turtle by its fans. A name that followed this model throughout its evolutions over the years.

And the Turtle had plenty to make itself unconditionally loved. It was a mule with an indestructible caliber, and it stood up to everything, including the jungles of Vietnam. That’s why it became the choice for so many G.I.s, real or fictional, like Captain Willard. Its production went on until 1988 and was then replaced by the Tuna. But Seiko, driven by fan demand, reintroduced it in 2015, increasing its water resistance to 200 meters from the original 150.

And with a price tag of less than $500, the new Seiko Prospex SRP775 – the new Turtle – represented the quintessential diver’s watch: a solid watch made to last and to be used, not displayed in a boardroom (though the black and gold variant has a lot to say, with its assertive presence on the wrist).

So many years earlier, in a country far, far away – Switzerland – the Kurth family led a thriving watchmaking industry called Certina. And that same year, Hans and Edwin Kurth, to stand out from the crowd of other manufacturers, launched a new product that would change the face of the family industry: the DS system.

DS stood for Double Security. A double-shell system designed to make Certina watches suitable for every experience. These were the years of exploration watches: the pie was big, and Certina wanted to get a slice. And the DS series had it in spades: they were automatic watches designed to withstand falls from a height of 20 feet and a water resistance of 200 meters – twice as strong as competitors’ models.

Solid, sturdy, and reliable. And Certina, to symbolize this vocation, chose a symbol that was applied to the back of all its watches: precisely, a turtle. These watches spread throughout the world, representing the reference model for sports timepieces. Numerous versions were developed, including some divers – and the reference produced from 1969 to 1975, the Certina DS2 Action PH200, was practically identical to the Seiko 6309 Turtle.

Today we know that Certina – like all Swiss watchmakers – was on the sunrise boulevard. 1969 would bring the Flower Power and the Quartz Revolution with the Seiko Astron, which would disrupt the Swiss industry. After that, Certina, in 1971, would join the ASUAG consortium, and from there, ended up in the Swatch galaxy. Indeed, its management had other more important things to worry about than a Japanese manufacturer creating a watch similar to theirs.

Was it coincidence or was Certina referenced when developing the Turtle? We need to recreate the historical context of the time to answer this question. In the post-war years, Japan was rebuilding the country after the devastation of the conflict. And wisely, Japanese leaders encouraged the country’s engineers to take inspiration from what the world’s best technology had to offer, based on careful and methodical planning. For example, Seiko’s own Grand Seiko project had been planned at the table, taking Patek Philippe as a reference model – and who hasn’t.

Some say that inspirations belong to the wind. And certainly, the Eastern wind has produced excellent results, as Japanese watch companies are now world leaders in the horology industry. And the results are there for all to see.

What is certain is that the parallels and coincidences in this case of turtles disappearing and reappearing in other guises are numerous and unexpected, and they take immense turns to return – as they were carefully staged by a mischievous entity. So, we want to close, with a smile on our lips, with a last innuendo.

In Apocalypse Now, released in 1979, Captain Willard – with his Seiko Turtle on his wrist – had a special mission: to go into the jungle and eliminate a dangerous former rebel U.S. officer, played by Marlon Brando, who had created a kind of kingdom in the thick of the forest. Brando states in a line from his final monologue that “it is wanting to judge that defeats us.”

So, let’s listen to Brando. Do not judge history by nationalism, but simply live it for what it brings, such as the rise, fame, and decline of men, companies, and watch models, without false moralizing.

These were Colonel Kurth’s words.
Oh, sorry, I meant Kurtz. 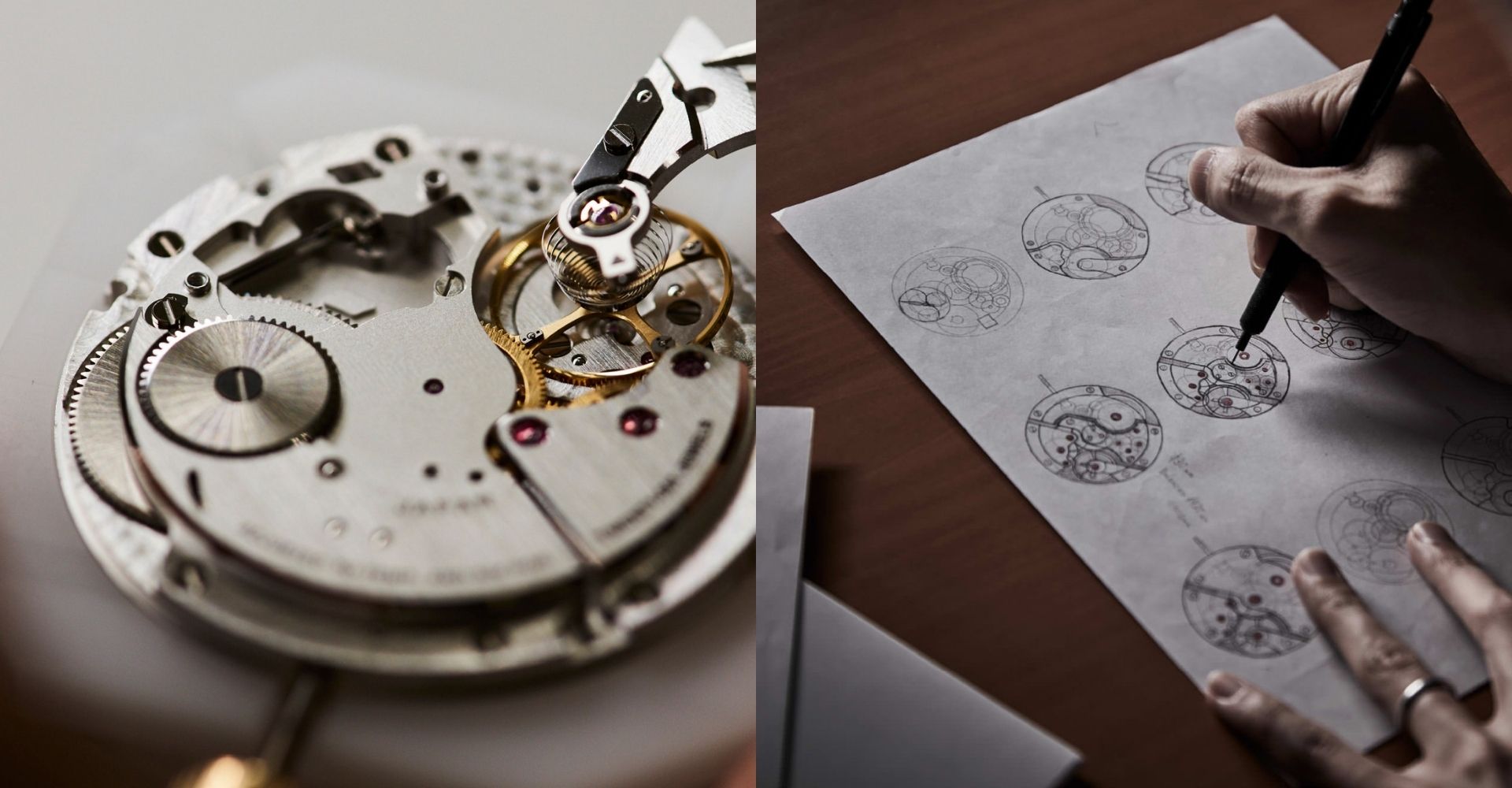 Watch Essentials: A view into the mechanical art of watchmaking and the three most common fields of watch complications. 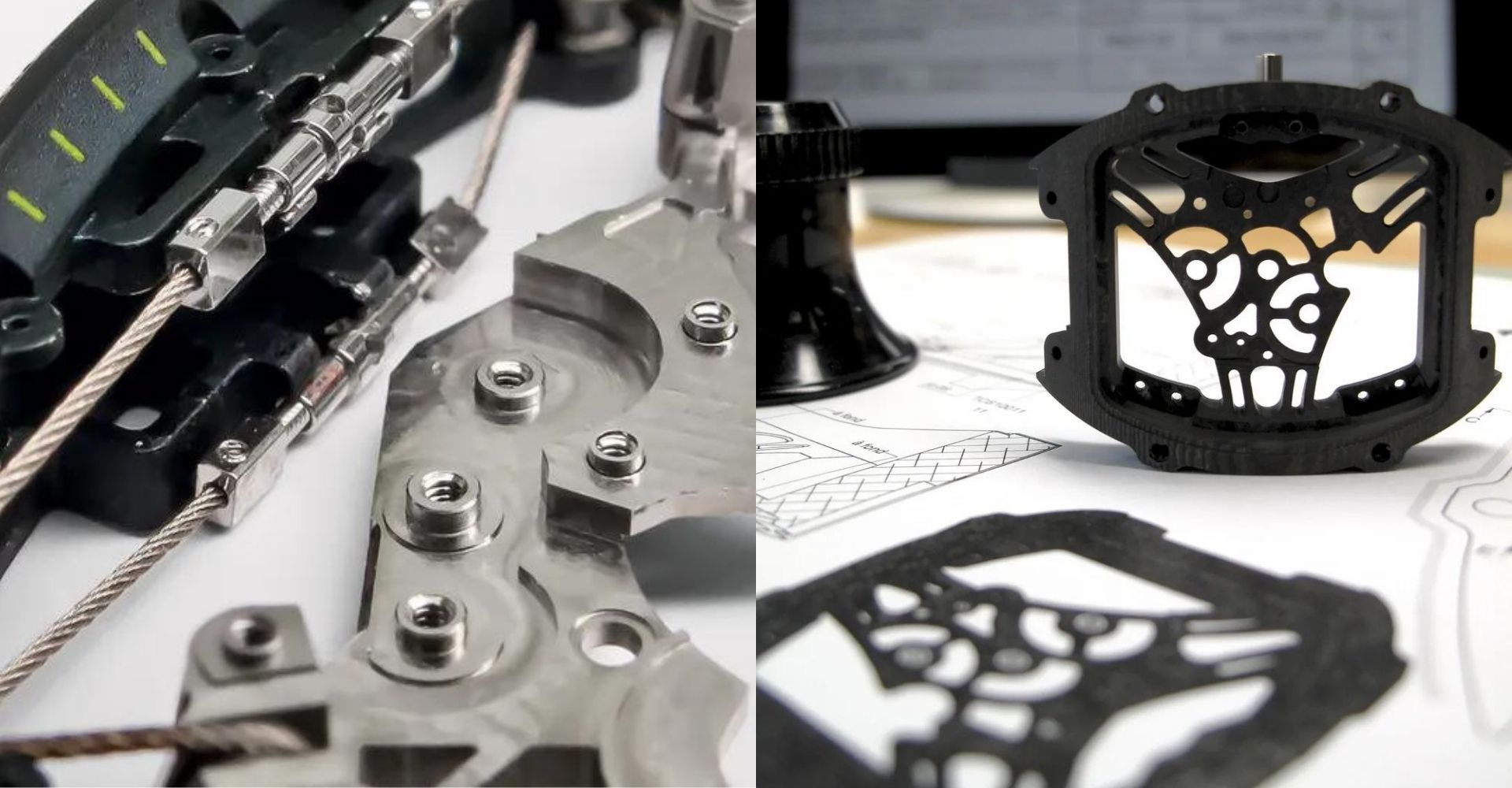 Watch Essentials: The aesthetics of the watch and the development of materials transcends its function and makes it an object of style: let’s explore this world together.

Journey inside the Tissot brand that everyone knows about, but no one considers at the level of a history that is so rich and important. 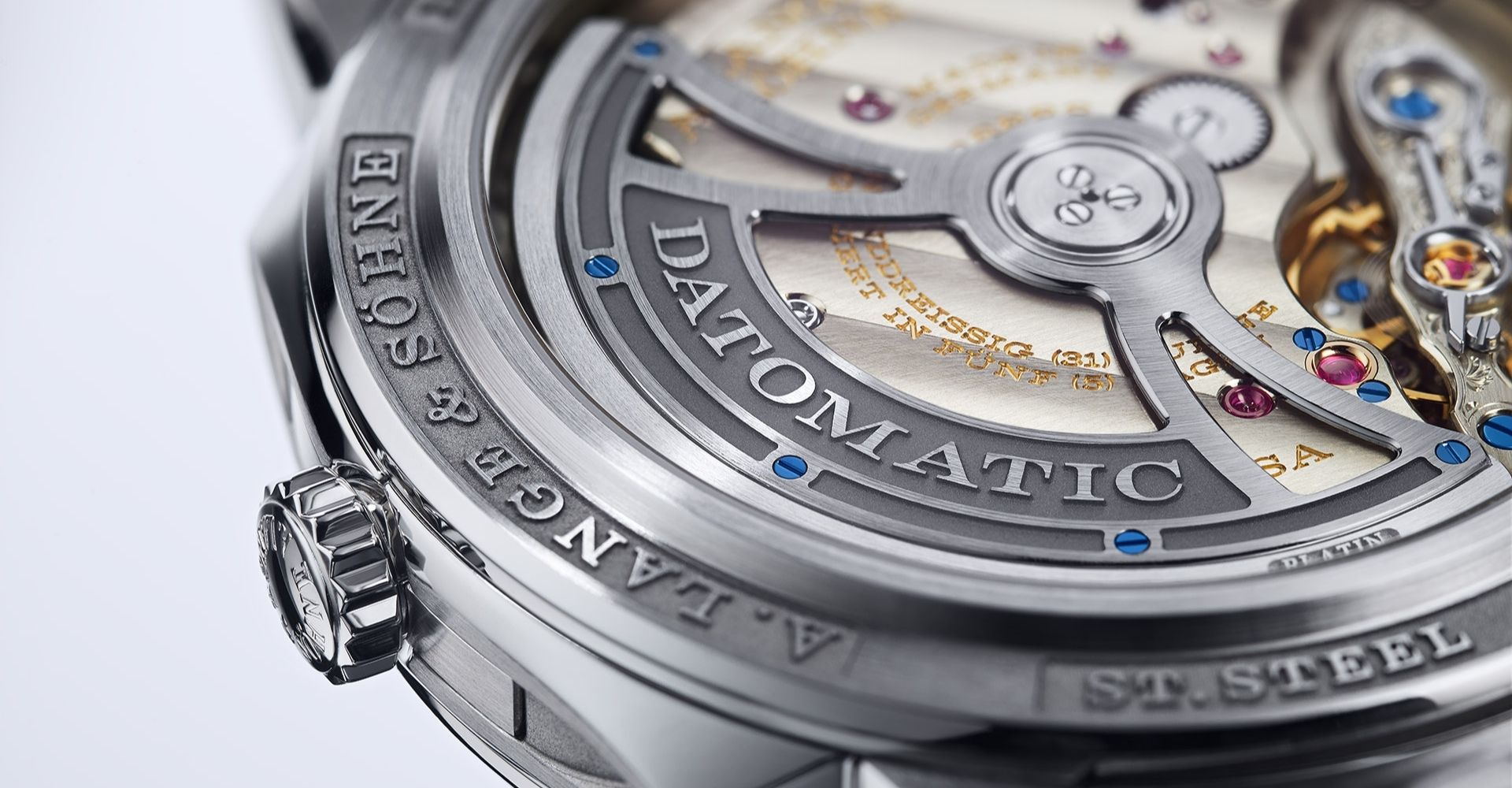 Watch Essentials: How to turn an ordinary timepiece into a luxury watch. 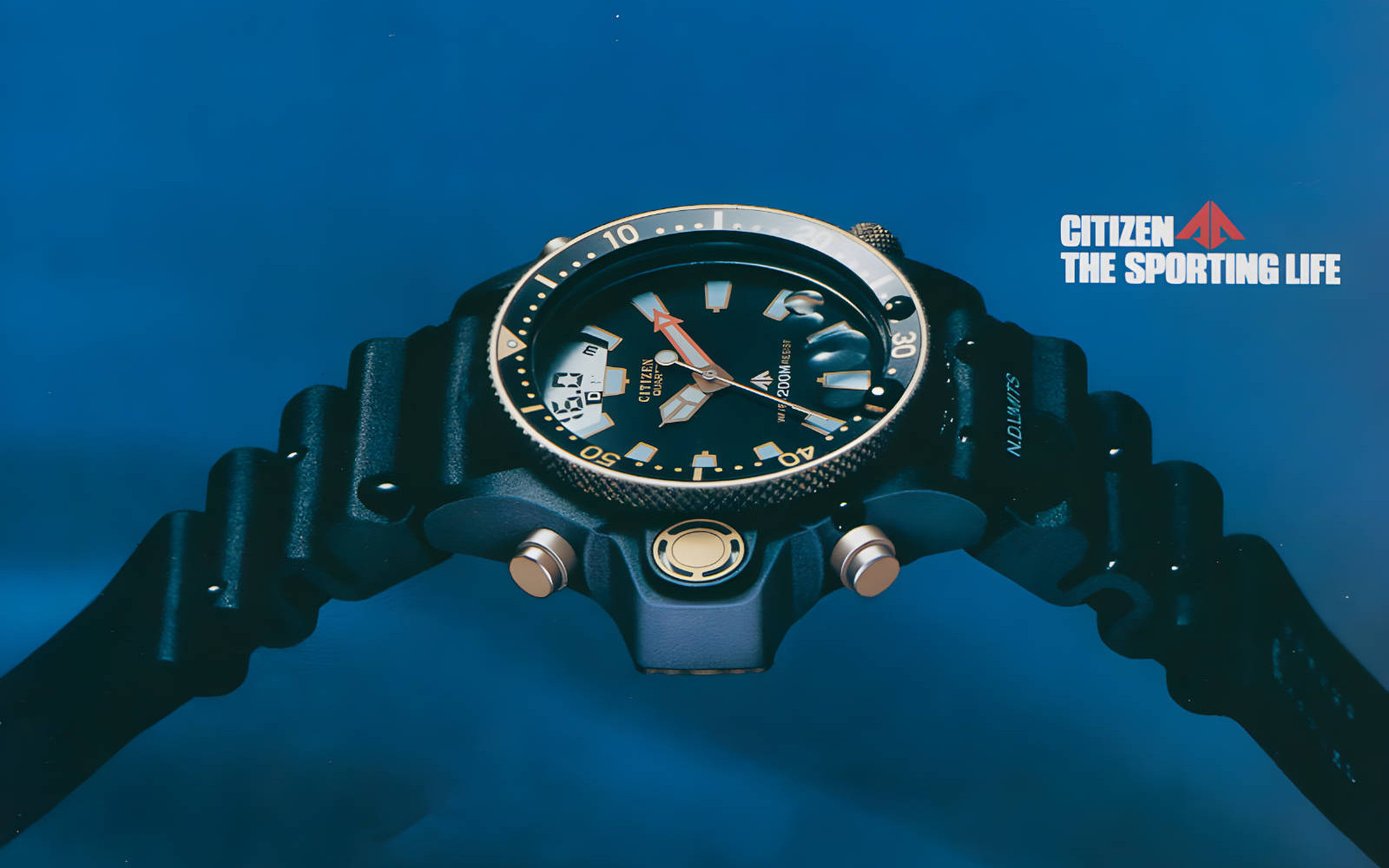 The Promaster is Citizen’s best-known line, and Citizen itself is a very peculiar company – perhaps the largest and most…

Seiko Prospex Speedtimer Chronograph Solar SSC81X Seiko, how long have you been confusing us? The Japanese giant has an enormous…